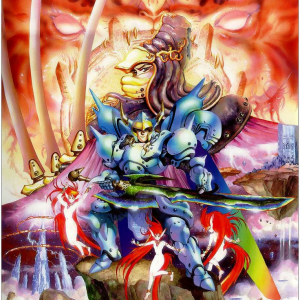 There’s a lot of internet outrage lately, about the new Ghost in the Shell movie featuring Scarlett Johansson. First of all, we’ve known for a long time that this was coming and so the outrage happening now seems weird to me, but whatever. Better late to the party than missing it entirely I guess. And who doesn’t love a good Hollywood-bashing anti-racism bandwagon party?

First, a confession: I don’t like it when people get carried away. I feel like I’m always sort of leaning away from popular opinion, because it seems that popular is a good label for poorly considered idiot rage. The masses, as a rule, are dumb, is what I’m saying.

Now, when it comes to Shirow, I’m a huge fan. I had all the English comics, first editions of Appleseed, Dominion, Ghost in the Shell, Orion. I bought ’em when they came out. I bought the collected versions and the data books. I had the animes on VHS. I bought all the Japanese manga. I have the Intron Depot books. I had the Sampaguita trading cards.

OK, does that establish my cred?

Hollywood fucks everything up, especially licensed properties. It’s what they do. That they’re doing it to something the comic con crowd holds near and dear doesn’t make this new, it doesn’t make the outrage any more significant. They’ve always done it, they’re just doing it closer to your home now. So there’s that.

I’m the very first to say that there should be more Asians in this movie, Hollywood makes everyone white. I’m not down with that, and the thought of Rinko Kikuchi starring makes my knees wobble.

We should probably face it though, there aren’t many women alive who match Shirow’s vision of our Major Kusanagi. Fit, strong, narrow, huge rack. Who else fits that bill?

But that aside, Masamune Shirow himself has basically handed off the series to other people to build on. He’s a hit and run sort of creator. Most of his series’ are one-offs. He abandoned Appleseed at the 80% mark (or thereabouts) and he himself turned 50% of Ghost in the Shell into a fucking panty parade. He didn’t do much more for Stand Alone Complex than come up with the ideas, scripts and production was all someone else’s work.

The people outraged about this story’s unique and wonderful status care more about it than the guy who created it.

So carry on, get angry, rage against the movie machine. The only legacy you’re trying to defend is your own feelings, your connection, to something someone else made. Someone who damn near ruined it himself, then moved on. And that, I’m sad to say, doesn’t really give you a strong, legitimate platform for complaint.

But if someone wants a loud voice to agitate for a Rinko remake, fuck yeah, I’m right there with you. In the mean time, nah. Not an interesting fight.