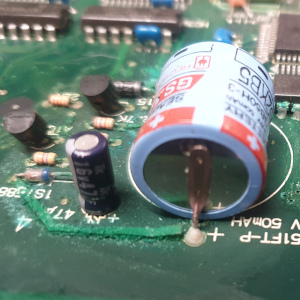 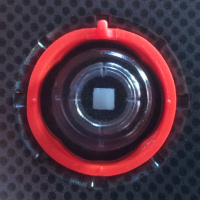 The Case of the Missing Neo Geo Pocket Thingy

When the Neo Geo Pocket system came out SNK released two games that were almost completely unsuited to the silly little thumb-stick it used for primary input: Crush Roller and Pac Man. These two games included a little plastic ring that prevented the user from hitting any diagonals, because the wobbly little stick made playing […]

It looks a little odd.

This is a screenshot from Art of Fighting 2, a decent little brawler from SNK for their now-venerable Neo Geo system. The screenshot has been enhanced to isolate the characters, but has not been otherwise modified. The two characters are brother and sister, the story goes. In this screenshot I can’t help but project some […]

SNK tweaked the console over the life of the system. No surprise there, gotta keep things moving or you die, right? Well, many in the Neo community didn’t want you to know what changed, when, and how. One secret email to me later, along with a chart and some clues, and… Well, have a look.

I’ve made a comprehensive list of differences between old and new Neo Geo cartridge hardware. Please have a look. Warning: Technical!