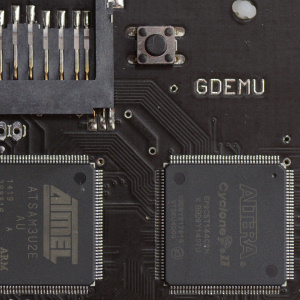 In the second of a silly little series, I’m playing every game in my Dreamcast library, offering impressions from a fresh perspective, as many of these have lain unplayed for a long time. Fun or a ridiculous exercise in self-fappery, I leave up to the reader to decide. Read more? (

As part of a new series, I’m going to play a massive series of short games and write about it. Fun or a ridiculous exercise in self-fappery, I leave up to the reader to decide. (

I think this is great:[-] Sega launches the Dreamcast, purchases millions of PowerVR chips. Dreamcast dies, many chips unsold. [-] Sammy buys the chips from Sega, reports indicate Sammy is to incorporate them into pachinko machines. Instead, Sammy lauches the AtomisWave system, a Dreamcast-like system apparently in direct competition to Sega’s Naomi.[-] Sega runs out […]