A review from the old NFGgames system. I love this game.

P. N. 03 (Product Number 03) is a game developed on a small budget, in a short time. It defies easy generalization. Visually it’s a third person shooter, but it doesn’t quite play like one. It’s more of a tactical blaster, and every fight requires a bit of strategy. 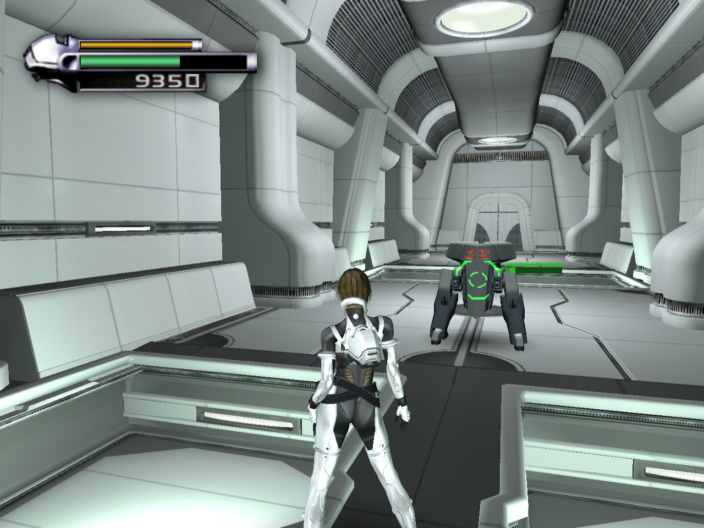 This isn’t a run-n-gun affair. You cannot move and shoot at the same time. While attacking, the player will plant her feet, and movement is then limited to dodging, crouching or jumping. You can resume walking or running when you stop attacking, but the two modes are very much distinct. While firing, one enemy at a time is automatically locked on, and you can switch targets with a button press.

And so the game is a matter of tactics. Choosing which enemy to shoot, when to dodge, fire or move is the core of the game. It’s a very unusual system, and to my mind, an effective one. It’s methodical and frantic. 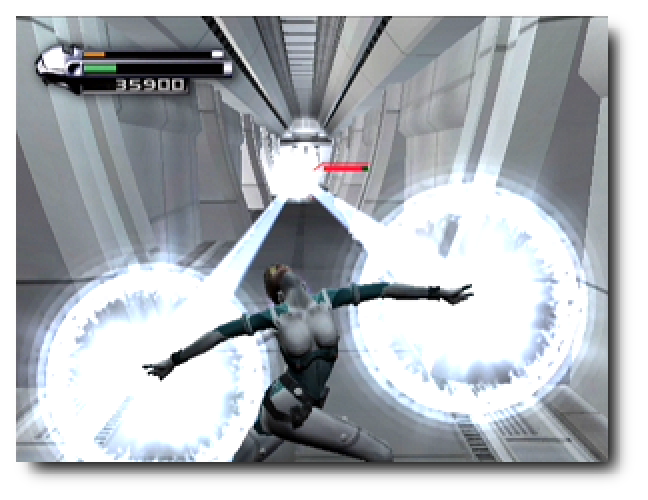 Each level is divided into rooms, and the goal is to achieve quick clearance times. The player receives combo points by stringing together quick kills. These points are redeemed for bigger and better suits and weapons, armor, etc.

I’ve heard people say it’s a kind of rhythm game, and it’s totally not, except that there’s music in it and the character kind of bops to her own rhythm. The music plays no part in the gameplay itself. 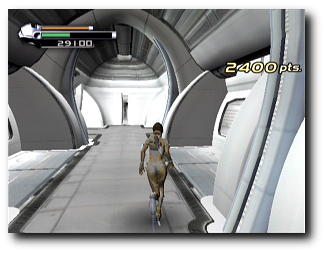 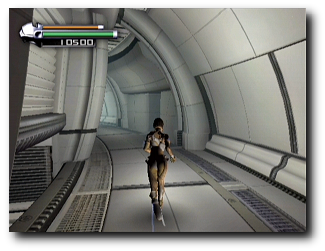 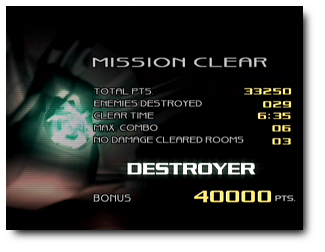 Visually the game is very spare, revealing its low budget origin. Capcom went with a monochromatic, super clean aesthetic that is not unattractive. The graphics have a kind of seventies-era sci-fi appeal: lots of whitish rooms with few decorations populated with well animated robots and a whole lot of cool robots and lasers and missiles and other fun things. 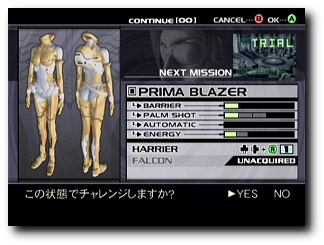 I have one complaint with the controls, and it’s simply a matter of design more than a flaw. When shooting or performing a special, there’s a slight delay after your last shot before your character returns from her shooting stance to a neutral one.

If you rush the next command, a special move for example, she will completely ignore it. I found this hard to get used to, and because of it there was a constant impression that the controls were laggy or unresponsive – but only during the transition from shooting to moving or performing a special. 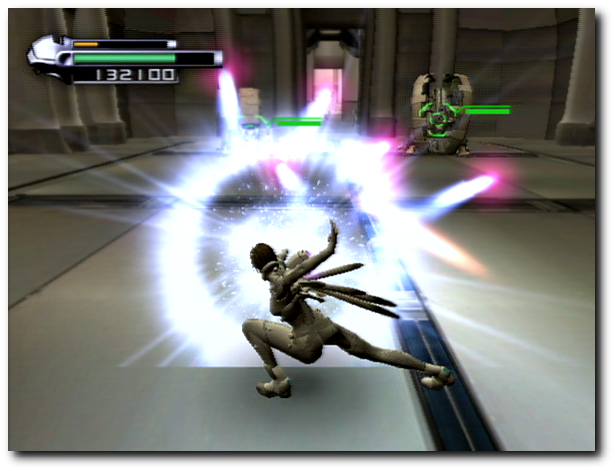 There are close to a dozen different suits to acquire, each with a different balance of armor, power, energy and special moves. Some even feature a slow auto fire, which will relieve the stress of frantically pounding on the shoot button. 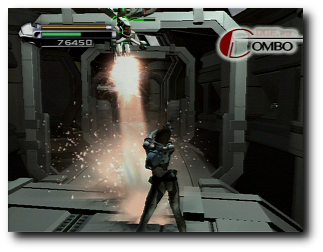 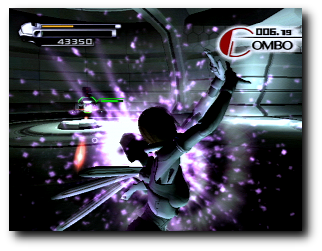 Bottom line: If you like old-school shooting and you want to see how it would look combined with modern visuals and third person graphics, P.N.03 might be for you. It’s all about score and clear-times, there’s only a little bit of exploration, thankfully little story, and no puzzle solving to get in the way beyond ‘where’s the exit?’ and ‘how do I defeat this boss!?’

Shoot, dodge, shoot, run for the door. Simple, good looking, and unfortunately for Capcom, not a popular idea. 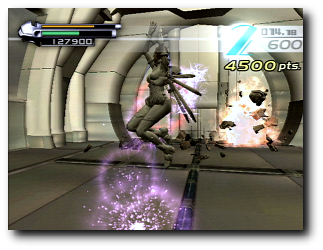 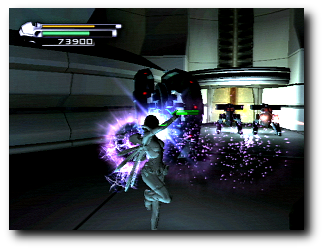