I don’t know where I got the impression that this game was a good one. Perhaps I thought, you know, Namco. And the main character was charming, who doesn’t want to play a cute green blob-like thing on an exciting adventure?

Well I can answer that now with some authority: I don’t.

Ultimately, I can’t decide if this is a punishing game designed for platform gaming experts, or if it was created by platform gaming amateurs. Is it rough and primitive, or polished and intentionally convoluted?

I’m about half way through the game and feel fairly well qualified to judge now. It’s not a difficult gem of a game, it’s a rough and poorly built game with a cute main character and very little else to offer. The English version is terribly written, and though I’ve tried, I cannot say for sure that the mistakes spelling, grammar and punctuation failed to impact my judgement.

Speaking of poor writing, throughout this article I use Xandra and Whirlo interchangeably, because I started writing while playing the Japanese version, and changed to the English version…  But it’s the same little green dude. 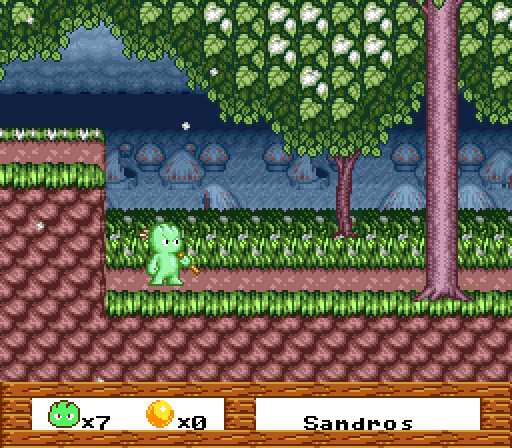 It’s terribly unpolished, which is sort of embarrassing ’cause platform games were really well figured out by 1993. There’s not really any excuse for the poor control layout, the strange charging mechanisms that don’t offer any indication of level reached, so the player just guesses if he’s held the button long enough or not.

And, when you guess wrong, the game seems far too enthusiastic about your punishment, with a surprising number of ways to stun the player so they cannot move for several seconds at a time.  And then something kills you.

I am going to go out on a limb here and say that any game where the player can jump so high they stun themselves when falling down again is probably poorly designed. 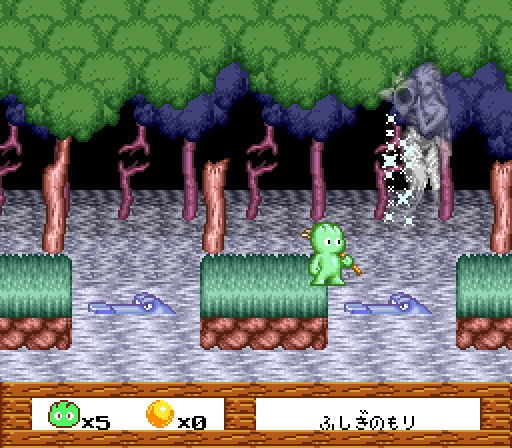 The graphics are passable, though if someone told me the game was upgraded from an earlier NES title I would believe it. There’s not a lot of animation beyond the main character (who, it must be said, has a surprising number of animations) with backgrounds and NPCs that rarely offer more than two frames of animation.

So it’s hard, boring, complicated, offers only rudimentary platform action, and delights in torturing the player.

Some things I have noticed that might help you if you’re gonna play along:

The Western release shows your main character with angry eyes, but the Japanese one did not. That seems sort of odd, or something.

The controls are complicated and weird. Y attacks, B jumps, but A is a bigger or biggest jump or a leap, depending on what you’re doing when you press it and how long you press it. And X is a jumping super punch of sorts that only works if you’re running before you press it.

When you move Xandra (aka Whirlo) right or left, he’ll walk for a couple of steps then speed up a little, into a fairly slow run. When you’re running the X attack works, and you can tap A to leap forward, push A to jump high, or push A a little longer to jump higher.

I really can’t work out what the creators were intending with this game. I mean, it was 1992, platform games were well understood by this time. So what’s with this bizarre and unfriendly control system? Why two jump buttons? Why does one of them only work if you’re running?

You can over-charge with A, which results in Xandra getting a little puffed and immobile. And this pisses me off too: Why is its maximum effect reached in less than a second, but it takes two seconds to over-charge it? It’s so long a time the chances of accidentally overcharging are zero unless you’re distracted by a bird or something and you forget to let go.

A few things will cause Xandra to stop and whinge a little. There’s a jump-and-fall attack where he holds his pitchfork downwards and punctures the baddies from above, but if he misses the enemy he’ll get stuck in the ground, the farther he falls the longer he’ll be stuck. There are places where you’re blindly falling off-screen, into enemy territory, so you might think to have your pitchfork at the ready – but you’ll pay for it if you didn’t need it after all, and probably die as you’re trying to get the thing out of the ground.

But if you fall from a great height and don’t use your pitchfork, Xandra will sit and recuperate for a moment or six. During which time you’ll probably get killed.

Xandra gets 7 lives and you’ll fucking need them all.

When you talk to an old man at the end of the first stage, he tells you no one knows what the star crystals look like, then he gives you one. WTF you old codger, it’s a sphere, not a crystal, it was under your bed, and you’ve never fucking looked at it? You suck, I hate you.

This is your standard jump, using the B button: 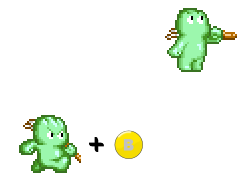 There are three special jumps, using the A button:

The standard jump can be performed at any time, and will jump to approximately twice the hight of the character. The special jump, however, has three different effects, but two of them only work if Xandra is running. The leap works if Xandra is moving, but the high jumps are no better than the standard jump if Xandra is standing or walking. This means every attempt at jumping higher requires a bit of a run up. It’s only a few steps, nothing like the hold B and run for 2 screens run like a Mario game, but it messes with you ’cause the walking phase is so short. Why is it there at all?

Worse, there’s no real indication that you’re running – the animation is the same, only the movement speed is slightly increased.

Worse still, while Xandra can use the regular air-attack while doing a special jump, he cannot use the downward attack. This seems like such an arbitrary restriction I sort of wonder if it’s a bug.

The game seems to take a certain delight in punishing you, not only in the way it complicates your controls and restricts your actions, but also the way it penalizes you for every mis-step, no matter how minor.

Ultimately, I can’t decide if this is a punishing game designed for platform gaming experts, or if it was created by platform gaming amateurs. Is it rough and primitive, or polished and intentionally convoluted? 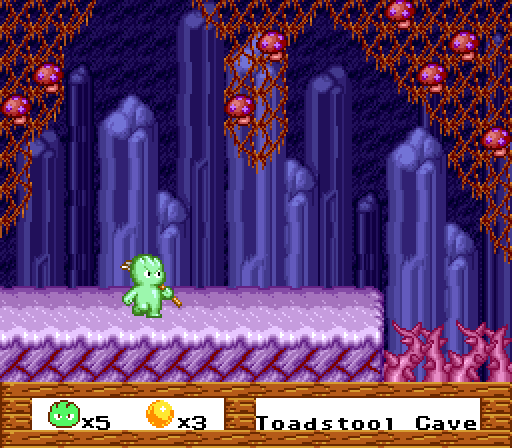 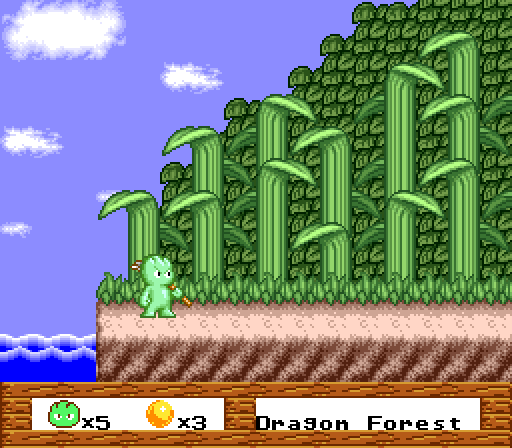 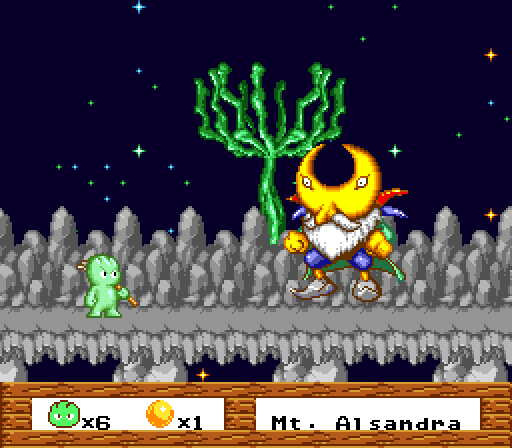 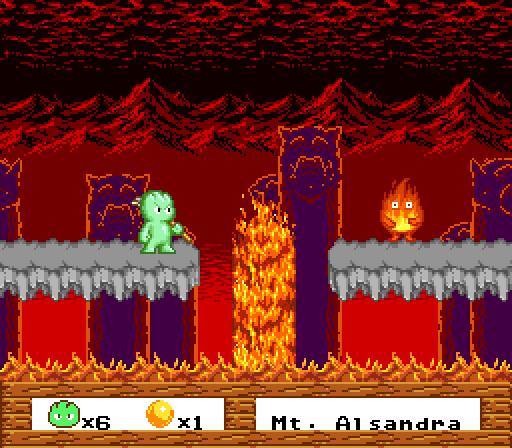 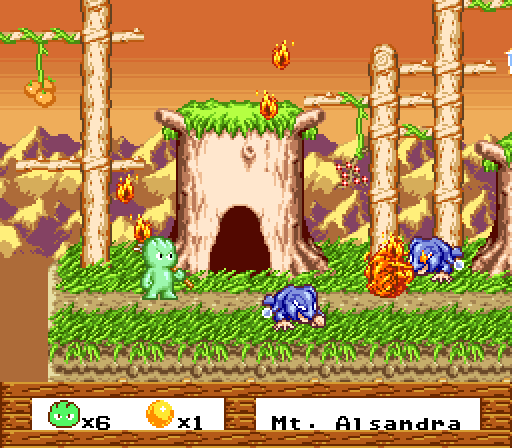 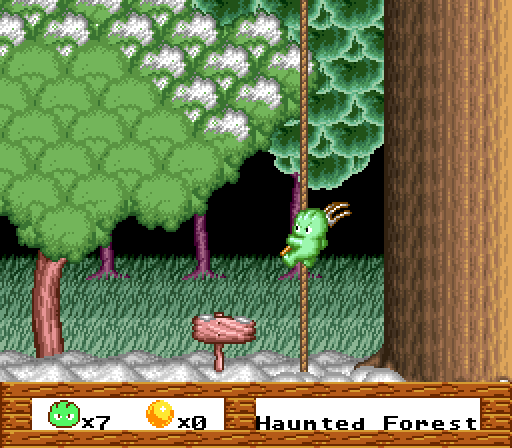 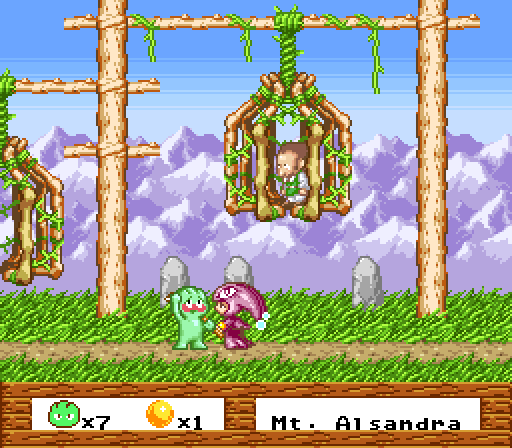 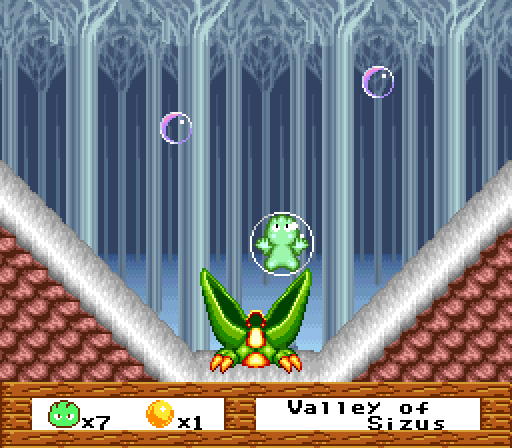 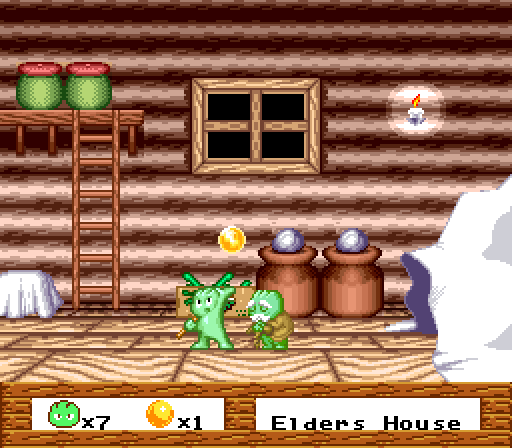 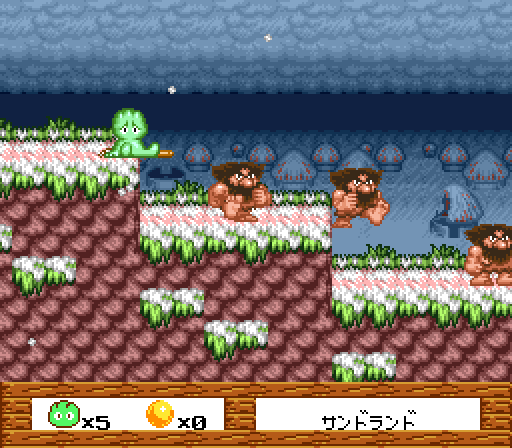 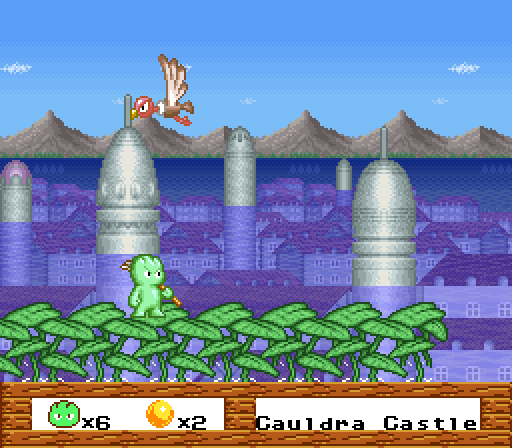 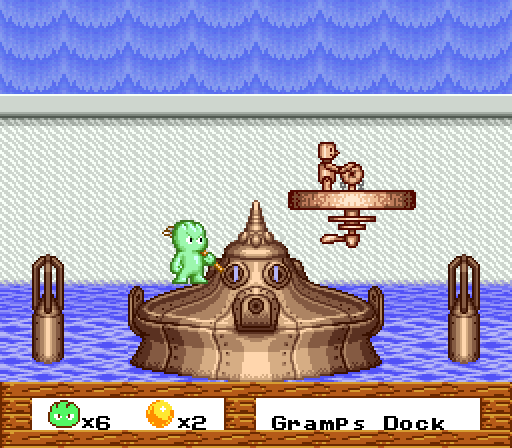