It’s been a long time since I felt this familiar anger, this boiling frustration with preposterous dumbassery that promises to make my life a little awesomer and much worse at the same time. But oh, Sony, you guys are fucking stupid, and your current financial woes are your own damned fault and I’d have fucking told you so if you’d bothered to call and ask me.

Back in the old days, around the time CDs came out, personal hardware was mostly analogue. Personal computers were relatively new, CDs were only five years old, and hard drives were still measured in megabytes, not giga- or terabytes. People still had a choice, and either bought their encyclopaedias as a gigantic stack of dead-tree books or they bought a couple of CDs. Copying stuff was hard. But we lived in the future, we were promised amazing things would come.

And in 1987 Japan was still all-powerful. Their companies were buying everything they could get their hands on and their manufacturing output was second to none. Sony, flush with cash, bought CBS Records, giving them a content catalogue that included mostly minor acts like Michael Jackson and The Beatles. And they released the digital audio tape, or DAT. This was one of the first prosumer-level digital audio devices and it allowed a great variety of digital recording options. CDs would often be mastered to DAT because, in the age of tiny hard drives (the average HDD was less than a fifth of a CD in capacity at the time) there was no other way to transport high-quality digital audio.

But the music industry, which Sony was now a part of, didn’t want anyone to make perfect copies. They were terrified, and rightfully so, because every time new technology came out that made it easier for consumers to get involved with the music, they made more money. Heaps more, as it turns out. But they wanted control and so they demanded that Sony put copy protection in their copying machines. Let that sink in for a moment: they wanted a machine made to copy things be made unable to copy. So DAT was saddled with a one-time copy system, called SCMS (Serial Copy Management System), which meant subsequent copies were disallowed when the machines detected that the audio signal was a copy, and refused to fucking deal with your shit you pirate asshole.

The machines would detect that the audio signal was a copy, and refuse to fucking deal with your shit you pirate asshole.

From that point Sony never managed to shake the mindset that copying is bad. A company that built their entire global empire on the new horizons and freedoms of technology was intentionally crippling their products. 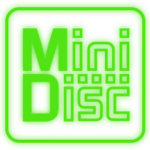 When the MiniDisc was released Sony’s copy management attempts went full dumbass. SCMS was mandatory, so copies could be made once, but not twice, unless it was analogue, or unless it was putting something back onto the same machine it came from, or if it was copied less than three times. It was insane.

Consumers who bought Sony’s gear had to read the manual to try and work out all the caveats involved in something that, for decades, was dead simple: connect cables, press play over there, record over here, and wait for music to copy.

Now it was a morass of guesswork. Did you rip this or create it yourself? Sure, copy away – to the MiniDisc, but not back, except where allowed and not where we decide you can’t. Did you buy this audio track digitally? OK you can put it on three different MiniDiscs, and if you lose one it’s gone forever. If you want to put that track on a different disc, you must connect it to the computer it came from, transfer it back (in effect, deleting it with permission) and then you can put it on another disc. It was just ludicrous. The system would place restrictions on your ability to delete songs from your discs, but only sometimes, depending on how you put it there. If you recorded it from a line-in or digital optical source, you could delete it, but if it came from your PC via the USB connection, you couldn’t, even if it wasn’t a ‘protected track’. If you transferred a song using one device and wanted to transfer it back from a different one, perhaps because the first one died or was stolen… Haha no, it’s tied to the machine. Maybe, somehow. The manual doesn’t make it clear why it won’t work, just that it won’t.

You cannot import tracks that were recorded in a NetMD mode to your computer, or tracks that have been recorded on a device that does not support Hi-MD mode.

It also depends on how it was transferred. If you delete a track on your player while it’s not connected to a PC, it will delete the track and restore one copy authorization token (you get 3, but only on protected tracks, and if you want to cripple the enjoyment of your own music enjoy this protection on your own music that’s an option it offers) if you copied it in Hi-MD mode, on a Hi-MD player, but if you delete a track copied in NetMD mode on a Hi-MD player that authorization token is lost, and if you try to delete a track transferred by USB to a NetMD player on a NetMD player it won’t let you delete it at all.

It’s for your own protection, citizen!

The irritating thing about it all is that Sony made a world-class encoding algorithm (ATRAC) and then kept it to themselves, losing that war to MP3, and also saddled their customers with utterly baffling and largely unworkable and pointless usage restrictions.

Sony even copy-protected their PDF user manuals. You want to copy and paste a weird phrase to look it up online? Haha fuck you.