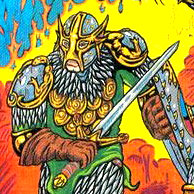 Hiroshi Yamauchi is famous for his tirades against whatever bugbear of the day he selects to take blame for Nintendo’s ills. He bashes competitors, developers and even his customers with equal abandon. In today’s episode he isn’t at all suprised to find the DS is selling very well. I’m sure the complete lack of compelling […]

This is really real. A confessional of sorts. My dad really didn’t seem as impressed with it as I was, maybe he didn’t know?

This one is from the wayback archives, it appears to have never been linked on the list, and while I’m not sure if it was really worth the effort or anything, here it is for your enjoy.

You might remember a little comic I made a long time ago (though you probably don’t) which featured me as the local peeping tom. Here’s the next in that vein. I think I fucked up the punchline a bit, but meh, you get the idea.

I swear this actually happened. Every word is true!!

Where’d she hear that?

She says the strangest things…