It’s no secret I’m an old-school gamer. I like games that have simple rules and a difficulty ramp. I’m not interested in games with a billion rules, massive guidebooks divided into volumes, and a game world so rich it took 900 men a decade to flesh it out. That’s right, I hate your Final Fantasies, your WoWs and your Rainbow Sixes.

But I loves me some Robotron. This three-and-a-half-decades-old game is still as loud, frantic and punishingly difficult today as it was in 1982. A lot of games have tried and failed to emulate its successful blend of explodey graphics, twin-joystick controls and impending-doom gameplay, but until now none of them were ever really as good. 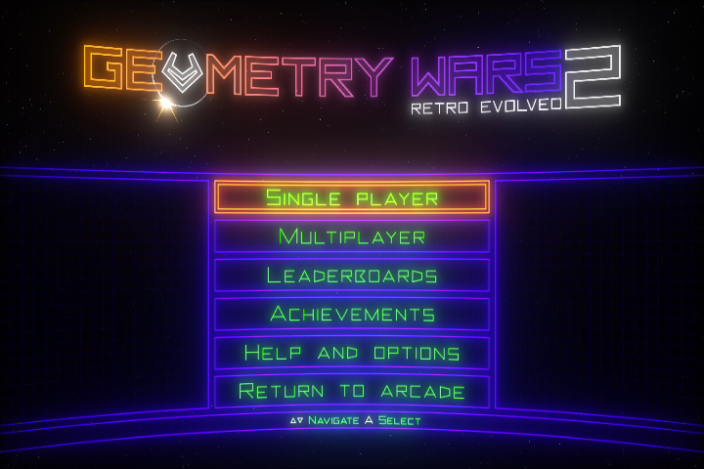 Geometry Wars 2: Retro Evolved is every bit as good as Robotron, better in someways, and only lesser in a couple of unimportant ways. It’s for the Xbox 360, it’s a Live Arcade game (download, no CD), costs about $10 ($15 in Australia) and I’ve worn out my pad’s analogue sticks playing it so damned much. 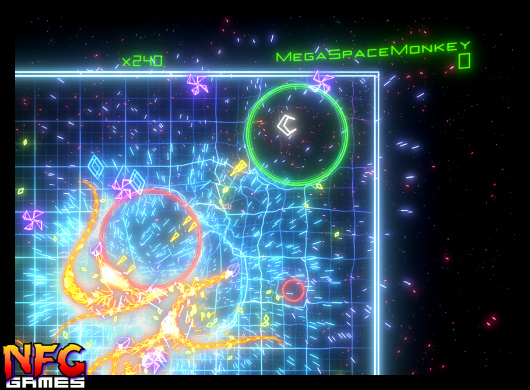 There are six game types, each different enough that there’s real variety to be found. The core mechanic in most of them is shoot things, but even that’s turned on its head in a couple of the modes. 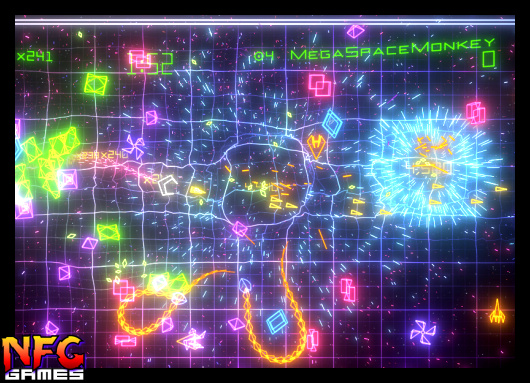 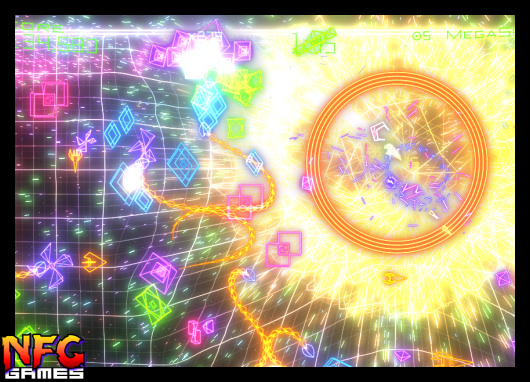 It has a retro faux-vector aesthetic, complete with phosphor glow, but has many times more things on the screen than any vector monitor could ever have drawn. Everything either leaves a trail or blows up in the most particle-icious manner you can imagine, and it doesn’t take long until the screen is a throbbing miasma of glorious colour. 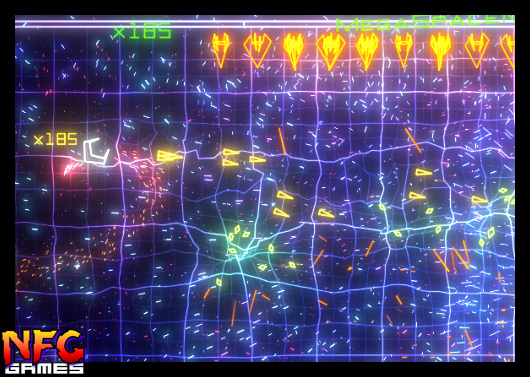 If I had to complain, at all, I’d whinge about the particle effects obscuring the action, but that’s sooo minor a complaint I feel dirty even mentioning it. Others have complained about it with feeling, but I fucking love it. I do. Loud and shiny, that’s what I love! 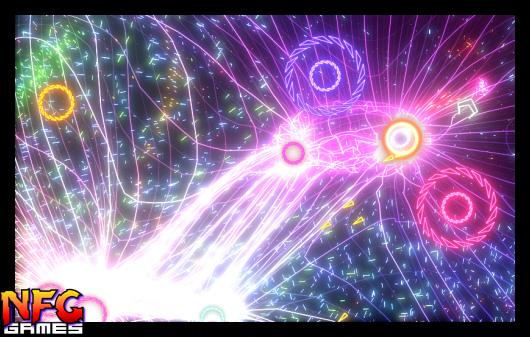 It’s awesome, it’s hard, it’s easy to figure out, and it can be played very, very loud. Bizarre Creations (RIP), best known to me as the guys behind Dreamcast’s Metropolis Street Racer (Project Gotham to you new kids) has totally delivered the goods, giving me two games that justify the purchase of my Xbox 360 (the other being Pac Man CE of course).