I ruined a kid’s life

When we were running the game store in Canada we were fond of unusual things. Our store had consoles and games and silly things that no mainstream shop would touch. We sold Cherry Coke that we had to drive into the States to buy (couldn’t get it in Canada). We sold imported games, we had retro arcade machines, and we were big into the Neo Geo Pocket.

This little system from SNK was well designed, well made, and we loved it. We had every single game, every system colour, and many of our regulars bought one. One day though I sold one to a kid and, in hindsight, it probably ruined his entire life. 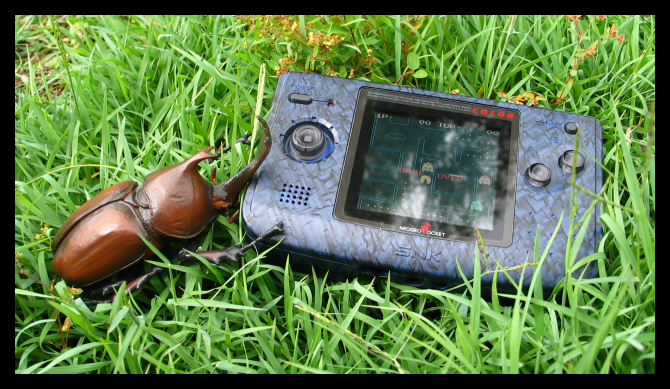 One day some parents and their young boy come in looking for a GameBoy and Pokemon. Now, the GameBoy was selling out all over the place and we didn’t have any. I suggested they check WalMart, but while they were here, did they want to have a look at the Neo Pocket?

The what? they asked. I showed them the machine. Dad loved it, mom thought it was cute, the boy didn’t really even want to look at it. I fired up a couple of games, showed them BioMotor Unitron (which was a shoddy collect-’em-up that was sort of almost not quite entirely unlike Pokemon) and regaled them with tales of the Neo Geo.

SNK was tops in the arcade, I said. Their system was a decade old and still being supported, I said. It’s new now, but look at all the games already, I said.

I really believed in SNK, and the Neo Pocket. Little did I know that the games we had were, basically, all that would ever be released. This poor kid, whose parents loved him very much, bought a Neo Pocket ’cause I told them it was awesome.

In my mind he brought it to school and was laughed at for not having a GameBoy like everyone else. He cried himself to sleep every night ’cause everyone else was catching them all while he would never, in his life, see another Neo Pocket system or owner.

Now, as a young adult, he’s probably bitter, withdrawn, and living destitute in a trailer.

Dude, I’m so sorry. I really did think you’d be happy with your Neo Geo Pocket.

At our store we sold gift certificates. They made great gifts, I suppose, in spite of the fact we just issued a regular receipt with a ‘Gift Certificate’ item on them. They looked like any other receipt, with the added benefit of being far more valuable.

We tracked these in our computer system too, so that anyone who had an account could use their gift certificate even if they lost it.

Well, one woman lost hers. It was December, Christmas was approaching fast and we were crazy busy, selling and trading games as fast as we could, and this woman called, asking about getting a refund for her gift certificate. We had no problem with this – it didn’t cost us anything to sell it and it won’t cost us anything to refund it. “Bring it back” we told her, and she said she would.

A few minutes later, she called back again, saying she had lost it. “No problem, we’ll just look up your account, what’s your name?” Hrm, this was odd, her name wasn’t in the system. A search for recent gift certificate sales didn’t help either. The lineup behind the counter was getting longer while I handled this woman, so I apologized, took her details, and said I’d look for her receipt when I got a chance, and the call ended.

I started serving the next person in line and the phone rang again. It was the lady’s husband, and he was demanding to know why we wouldn’t refund the gift certificate. I explained that we would refund it, but since she had lost the proof of purchase, we’d have to look for it. He angrily told me that we’d better find it and hung up on me.

Whatever, dickhead. I went back to making money, and the phone rings again. It was the woman, and she started going off at me, demanding to know why she had to provide a receipt before she could get money from our till. I mean, duh? Mindful of the line behind the counter I politely explained that without a receipt we couldn’t give anyone a refund for anything, but that we had her receipt and as soon as we get a moment we’ll look for it.

It wasn’t good enough. She demanded her money back, I said fine, but we need time to find the receipt. She blurts out that she needs the money for Christmas shopping. I told her if money was tight she should come down and explain her situation and perhaps we could help out with a loan or something. She freaked out and accused me of accusing her of being poor.

The conversation started looping in tighter and tighter circles as she became shrill and I, already swamped and exasperated with her stubborn refusal to listen to what I told her, started losing my temper. Round and round we went: She wants a refund, I’m gonna give it to her, she wants it now, I need time to find the receipt, she wants the refund, I’m gonna give it to her but not right now!

Finally I got rid of the psychopath, and after nearly twenty minutes of screaming in front of real, paying customers, I got back to taking their money.

The next woman in line, somewhat subdued, exchanges money for games.

I handed her purchase to her in a bag, pulled the receipt off the printer and gave it to her with a stern gaze: “Please keep your receipt!“

Everyone in the store had been listening to me earlier, and they all burst out laughing, and the day got better from there. Not one of them lost their receipt that afternoon, I’d wager.

As for the psycho on the phone, she eventually found her receipt. It was months old so we didn’t find it in cursory searches. She was very apologetic, got her refund, and returned on Christmas eve to buy games and controllers worth nearly triple the gift certificate’s value.

We had a few cops who liked to come in when they were off duty, and we got along well with most of ’em.

One day a new cop was in the shop, we knew him as a partner of one of our regulars. He was trialing a few Playstation games, and he asked about one of the NHL Hockey games. “Oh, no,” we assured him. “That one sucks. Save yourself some time.” 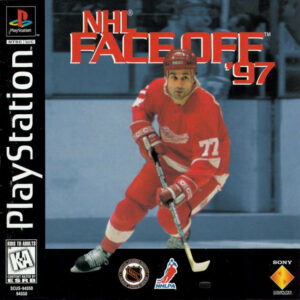 This game. It sucked.

I was stunned, what do you say to that? I mumbled some sort of denial, slapped the CD in the machine, and let him play it.

After a couple of minutes, he puts the controller down quietly and says “Yeah, you’re right, this game sucks.”

I nearly screamed at him “Dude I know! I tried to warn you!” What the fuck!

He became a regular too, and never again questioned our judgment. If we said it sucked, he put it back on the shelf and tried something else.

And he was first on the scene when someone broke into the shop at 3am a few months later. =)