A brief post talking about joysticks. I have a fondness for Seimitsu, they feel better than Sanwa sticks to me, a combination of shorter throw and slightly stiffer springs, I think. Sanwa sticks are nice for some games but always felt a bit sloppy. Anyway, I love joysticks and I have tons of them. It’s a sickness.

A while back I picked up a Sega Naomi Universal Cabinet, perhaps the last great multi-use cabinet Sega ever made. It’s in solid condition with a decent CRT but needs some TLC to make it beautiful again.

One of the first things I did was put a new panel in it. I happened to have a few Sega Virtua Stick Pro units kicking around, and gosh, it looks better now. Especially after I added a pair of Seimitsu Nobi Pro sticks. These wonderful sticks are worth every penny of their steep purchase price. They feel sublime, with an 8-way guide and a shaft that doesn’t rotate. It’s really surprising how much better a stick feels when it doesn’t rotate!

With a pair of these installed I doubled my Robotron top score in a few hours. 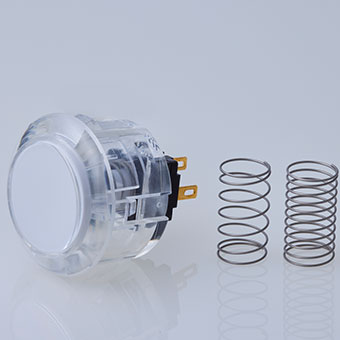 I also added some Seimitsu PS-14-K buttons, with the heavy springs in them. They feel more like the old microswitch joysticks common in North American arcades, and solve the lifeless, floppy feeling that normal Japanese buttons have. But I think I should have gone for the lower strength springs, these feel great but tire my hands after a few button-mashing rounds. 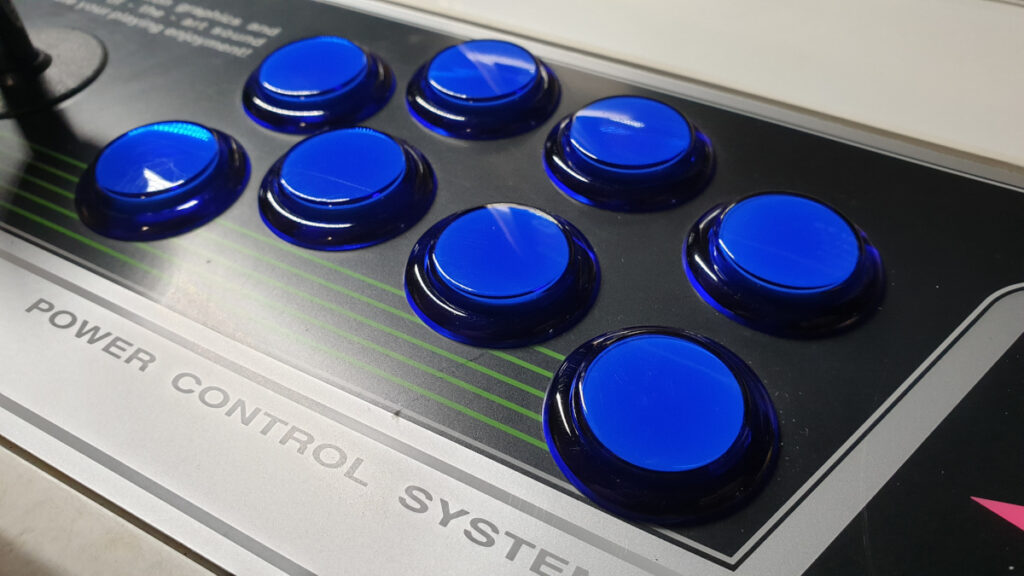 Seimitsu’s Nobi joystick, named after a top Tekken player, is really beautiful. The ‘gear shift’ knob, non-rotating shaft and octogate combine to make a stick that feels great in the hand and one that’s totally accurate while playing. Zero rebound too, which is great – using a Sanwa to play a left-right tap-tap game like Magical Drop is impossible with a Sanwa, where every release of the stick risks a rebound that moves you the opposite way. Not so with the Nobi. 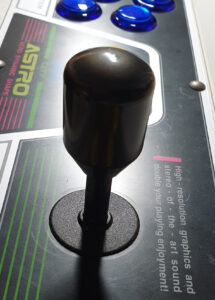 With the first stick I went with the PRO and its slightly stiffer spring. It came with a green octogate guideplate, and it’s just sublime. So I ordered a second one, a Pro (+ STD) set which included the pink standard guide. It’s also an octogate, but with a difference. I will try to explain them thusly:

The green PRO guide is a standard octogate, but more square than round.

The pink STD guide is much more square in feeling, with smaller indents for UDLR.

In theory, they feel very different. In use, I barely notice. I think I prefer the green but honestly I wouldn’t complain either way. They both work well and feel great. So, go pink if you prefer a square guide, go green if you like a slightly more rounded guide. Neither one is nearly as round as, for example, a Sanwa octogate (which is a perfect octagon).

I’ve actually been playing with one stick STD and one PRO, and when playing Robotron (using both sticks simultaneously) I can’t tell them apart.

The mounting plate for the Nobi stick is worthless to me, I can’t use it in any of my devices, but the fancy sticker is too nice to destroy. So, I wanted to remove the sticker without wrecking it, in order to put a compatible mounting plate on it. Sega’s arcade panels (and the Virtua Stick Pro) use a large and fairly unique plate, and luckily it has a Seimitsu screw-hole arrangement.

In order to remove the top plate from the Nobi stick, I used some isopropyl alcohol (which makes the glue less sticky temporarily) and a long box-cutter blade. Starting from any corner, slice between the sticker and the metal plate, spray some alcohol, and push the blade in until you uncover a screw. Bend the sticker back, and remove the screws. When finished, the stickers are whole and show no evidence of their mistreatment.

I picked up a new Sanwa JLF stick, so that I could use the lovely coloured springs and guides I also picked up, except the guides don’t work with the standard plate. You need a special GT-8X plate, because the new guides don’t mount the same way as the old octogates. I’ve special-ordered a GT-8X from CQB.

I’ll play with the springs next, but it’s a low priority since the second Nobi arrived and I’m too busy enjoying that. ^__^ 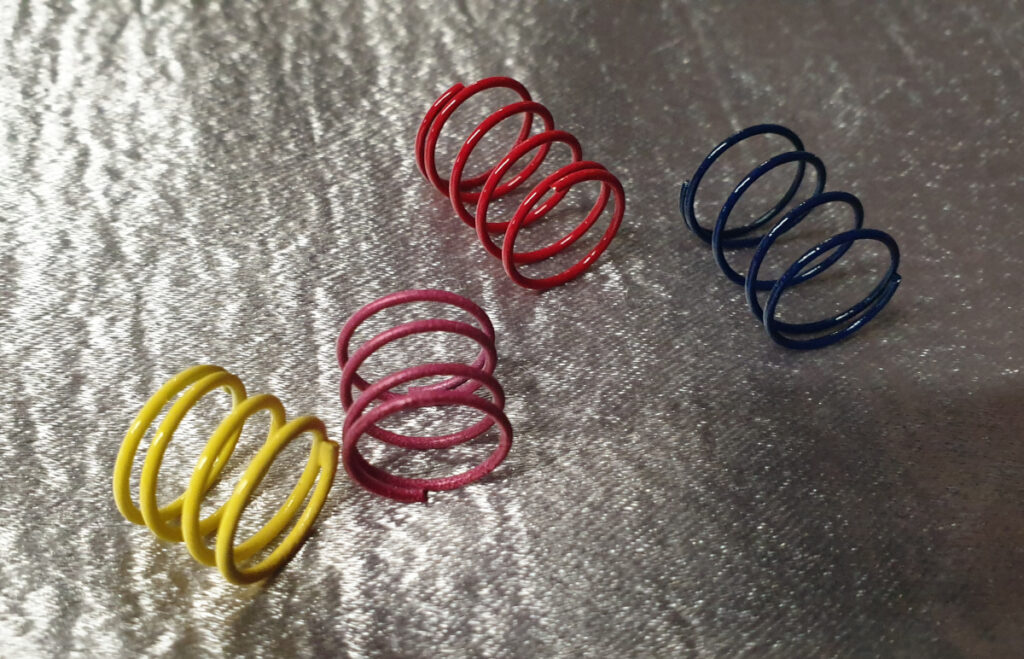 In hindsight maybe I should have picked up the whole kit, which includes the plate. Oops. I do love how tiny the Sanwa mechanism is. Maybe with the different springs and guides I won’t have such a strong preference for Seimitsu.

The Sanwa mechanism does not require a top plate like the Seimitsu does, but in order to mount it in a Sega control panel (like the Naomi cab, or the Virtua Stick Pro) you do need a compatible plate. Since the Seimitsu plates that came with the panels don’t work, I had to order a Sanwa JLF-P-1S plate.

Last time I was in Japan I found a decently priced Hori Hayabusa arcade stick, and I love it. The Hayabusa mechanism is wondrous, and the buttons definitely feel better than their Sanwa / Seimitsu equivalents. But I don’t like square gates. I like a bit of tactile feedback when I’m hitting UDLR as well as the diagonals, so I ordered a Kowal Octopus plate and installed it without too much trouble. Kowal, if you’re listening, the screw holes could be a little bigger plz.

This makes the whole stick so much nicer to use. Octogates rule, and the Kowal is a well made and effective fix for a great joystick.