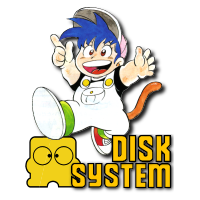 It’s a sad truth that modern manuals don’t encourage consumers to learn technical things about the stuff they buy. Back in the day if you bought a home computer it’d have a description of every connector, a copy of BASIC and a brief programming guide. Now you’re lucky if there’s room to describe the power […]

NFG’s Patron Saint of Strategy Games, Military Madness, hits stateside next week. Audible waves of angst from Australia expected to coincide. According to a barely cryptic message on the Hudson forums, Wii owners will soon be blessed with Nectaris on the Virtual Console. While many, myself included, hold the cost of the Virtual Console games […]

Send Anonymous Email To My Wii – I subject myself to hell for the greater good.

Wiimail at you! While the Wii is in its infancy, people sending cute little messages to one another is still a good deal of fun. The only problem is the hoops that Nintendo makes you jump through in order to communicate with other people (registering each other’s “friend code” or email registration). So as an […]

Did you know Tetrisphere was originally destined for the Atari Jaguar?

When the Wii was released in Japan there was one game that was better than the rest. This is it.

Tetrisphere, the Jaguar and the Nintendo 64

Back when the Nintendo 64 was new and the Jag was still clinging to life, I was at CES. This would have been January 1995. Atari was flush with cash from a settlement with Sega, I believe over Atari’s game controller patents. I asked the guy at Atari how the money from Sega was affecting […]